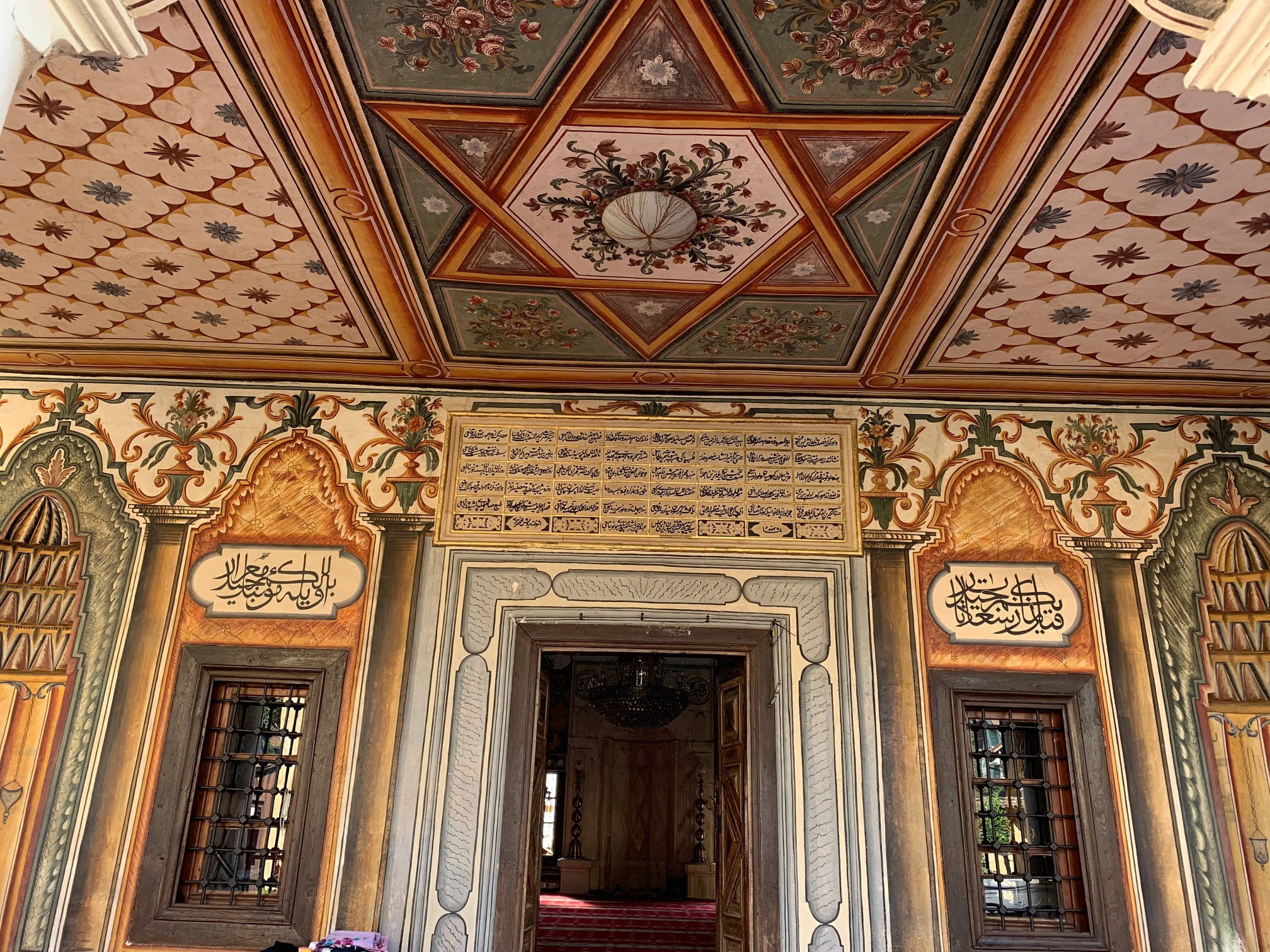 Where Occident and Orient meet 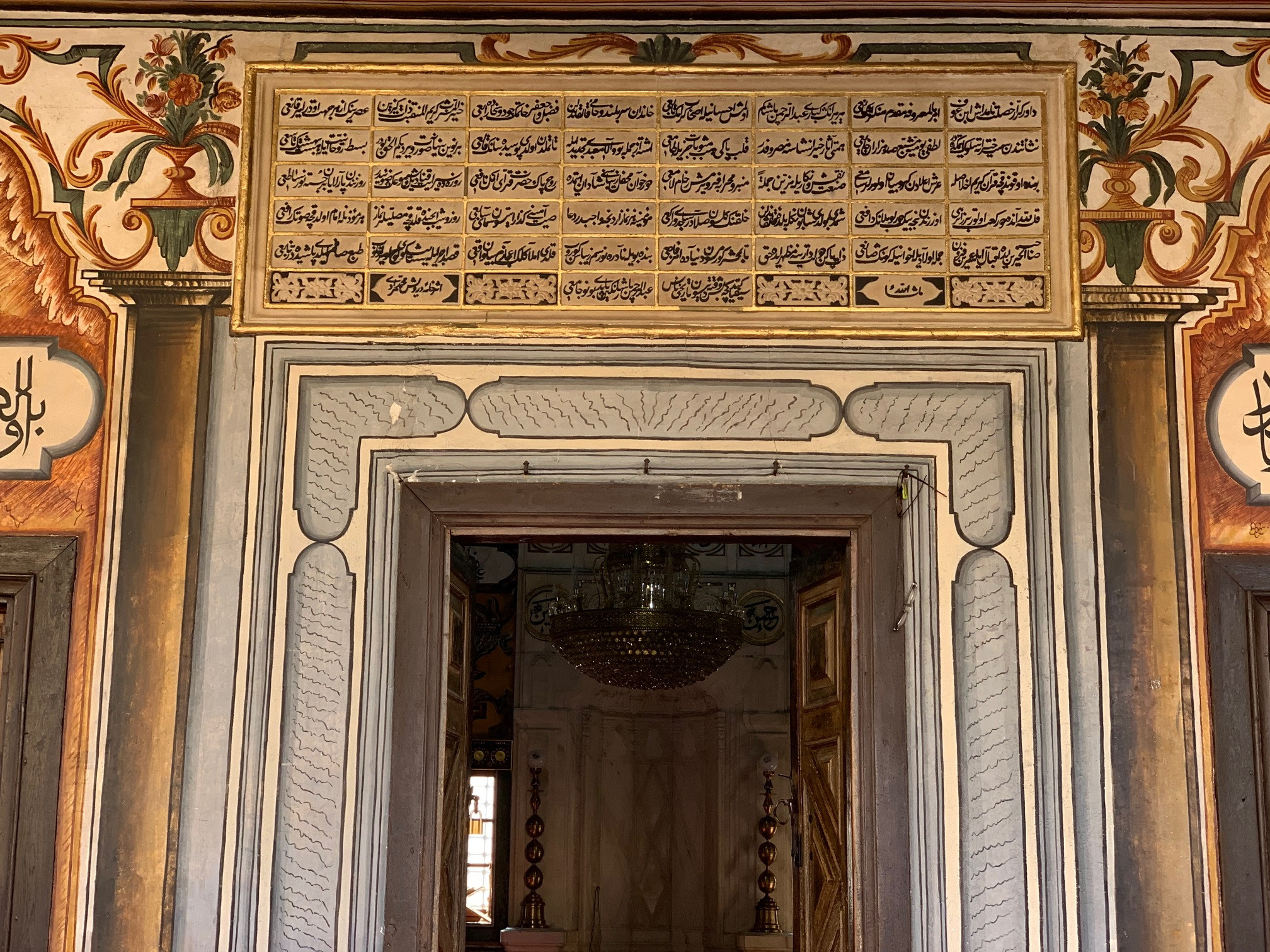 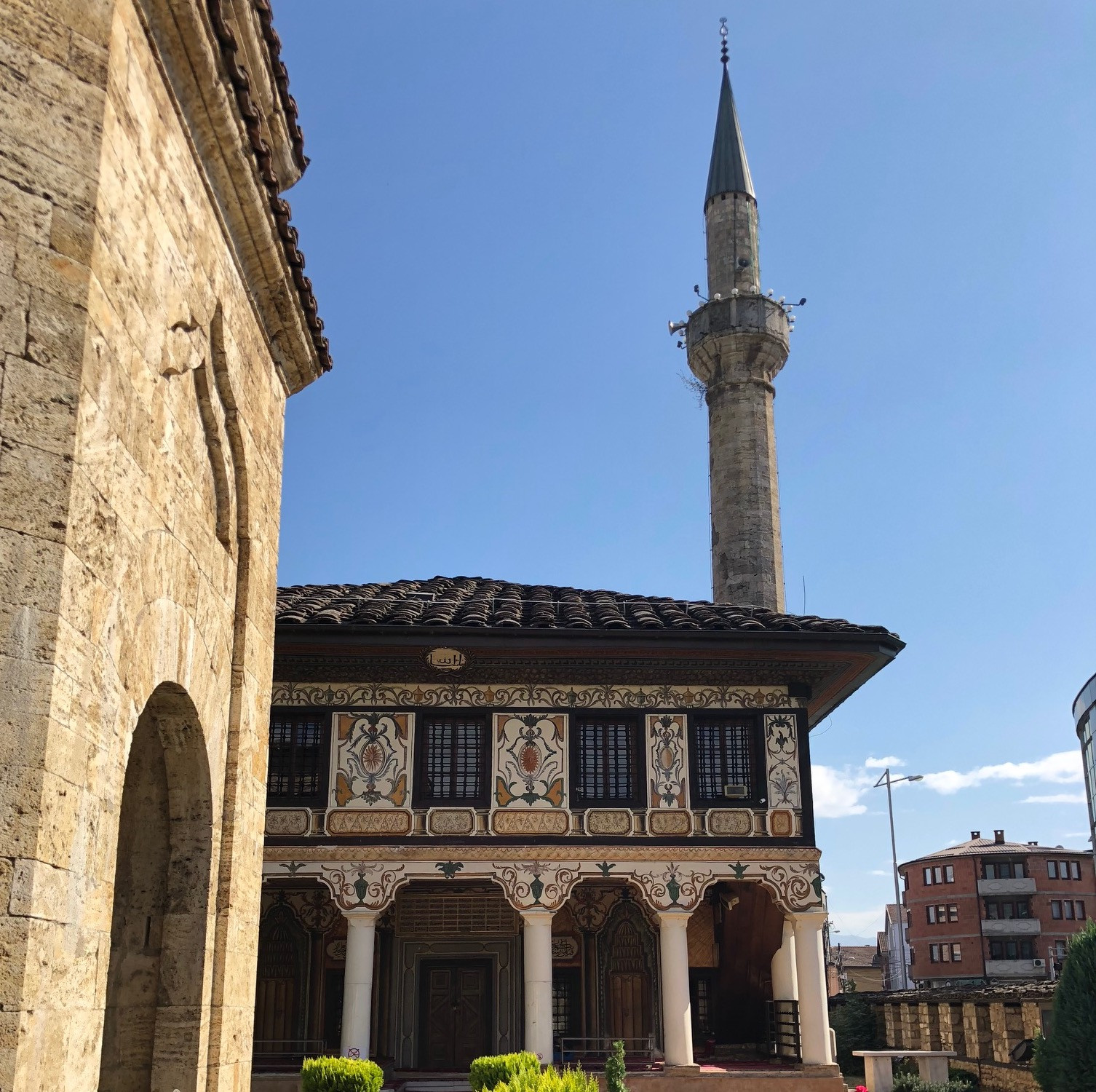 In the absence of written documents, the exact time of construction of the Gunner's Bridge is not known. Based on the construction technique and its appearance it is assumed to have been built at the end of the 15th or early 16th century. The technique of this bridge is perfect. The arches are made of stone blocks, the joints between the stones are of molten lead. The bridge is 60 cm high and 20 cm wide with stone blocks fixed to the feet with metal pins. It has a semicircle with sufficient space. It is built by local craftsmen of stone (tufa) and is very well made. This bridge is still operational and connects both sides of the city.

The Tetovo Fortress is located on the top of the Baltepe, at an altitude of 803 m above see level, 220-250 m high and at an area of 108,000 square meters. The builders stipulated the strategic position because from the fortress, the bigger part of the Polog Valley can be controled. The Tetovo Fortress was built in 1820 by Abdurrahman Pasha. It is said that the beginning of the construction was done by Abdurrahman Pasha's father, Rexhep Pasha, and that the construction took nearly 20 years. Abdurrahman Pasha did not finish his construction. This cultural monumentis a rare beauty of the past. Its composition is complex. The interior is comprised of 5 sarays, large kitchens, baths and well in the middle of the fortress. Visible influence of Ottoman architecture appears. During the various wars it was damaged many times.

Relax in a peaceful environment, on the beautiful winter days with a beautiful view of Mavrovo Lake. Villa Lux Mavrovo is a newly built luxury villa in the heart of Mavrovo, close to the ski resort. It has 2 floors, first floor 100m2 living room with fully equipped kitchen (oven, microwave oven, dishwasher) and dining room, on the second floor there are 4 bedrooms and two bathrooms. Villa Lux Mavrovo will offer you supreme comfort, relaxation in a peaceful environment and a wonderful view of the Mavrovo Lake from all rooms. The villa also has: • Central heating with wood fireplace • Pool, fountain, fish pond, oven and barbecue in the yard • Accommodation capacity for 8-10 people Villa Lux Mavrovo � +389 78 333 331 � villalux.mavrovo@gmail.com Facebook page: https://www.facebook.com/luxmavrovo/ Instagram page: https://www.instagram.com/villaluxmavrovo/

In the valley of the river Radika there is the famous Monastery of Saint Jovan Bigorski (XVI). The Monastery of Saint Jovan the Baptist or Bigorski is built on a limestone rock and is made of limestone, hence the name Bigorski ("bigor" meaning limestone in Macedonian). The Bigorski Monastery is a monastery complex located on the road between Gostivar and Debar, near the villages of Rostuše, Bituše, Velebrdo and Trebišta, along the river Radika. According to Bigorski's monument, the monastery was founded by the monk Jovan in 1020. In the 16th century the monastery was destroyed by the Ottoman authorities and out of the whole complex, only a small church was left. The monastery was rebuilt in 1743 by the monk Ilarion, who was also the first abbot of the Bigorski Monastery in more recent times.

The Clock Tower in Elbasan is much more than a building that showed the exact time through the centuries. The place is also a meeting point for young people, tourists and citizens of Elbasan. Almost all Albanian cities, such as Prizren, Berat, Shkodra, Pristina, Peja, Kruja and Elbasan, were equipped with such facilities during the 17th century. The idea was brought by local traders who were in frequent contact with European countries. Traders have also brought the clock mechanism to make the tower a dominant urban element. From there, they also introduced timing mechanisms, for which they built special towers in shopping malls or in places near them to make the tower the dominant element of the city silhouette. Even Evliya Chelebi in her travelogues describes the clock tower as a very beautiful and functional building. Over the years, the infrastructure of the city of Elbasan has changed drastically, but the clock tower has remained a historic monument.

Pekin Castle, a unique architectural core, was built in the medieval period - 15th century, using the foundations of ancient times. Due to long existence and continued use, the castle has undergone changes. In the fortress besides the first period of construction, there were 3 major periods of reconstruction. In the first period of construction between the first and the third century the surrounding walls were built, already in the second period of construction around 1670 other premises were built as well as a small open gate in a tower with 4 angles. Above them is a small mosque without a minaret, mainly for performing religious rites by the soldiers living in the fortress. All this information about the construction was obtained from the traveling writer Evlyia Cheleby. The city at this time was expanded to the north and northeast of the fortress where the terrain was flat and wider. The construction of three mosques and a riverbed on this side and the opening of a small gate happened with the intention to facilitate the communication with the city at a time when the Pekin area and the fortress have turned into battlefields between the Bušalli of Shkodra and Ahmet Kurt Pasha of Berat. The next period of construction belongs to constructing large cannons and demolishing the small ones.

The Kamara Bridge is one of the most interesting and preserved stone bridges in the Shkumbini valley. It was built in 1717 by the architect-builder Ahmet of Elbasan. At the time of construction, it connected the medieval caravan route coming from Elbasan, following the route on the ancient Egnatia road to continue to Korçhe and further to North Macedonia, Greece. etc. The Kamara Bridge has an interesting architectural silhouette with harmonious proportions. As a construction, it stands out in its entirety and is gracefully connected to the natural surroundings of the mountain riverbed that surrounds it. In the vertical projection, the Kamara Bridge is a bumpy type of bridge over the main arch, which is a common architectural-structural solution to the bridges of this time. It rises over two arcs of circular segments with different spaces. Restoration work was done in 1982 by the Institute of Cultural Monuments in Tirana. A defensive wall was built on the right bank to eliminate corrosion on this side. The level of the parapet from the main arch on the right bank was also raised, and the cobblestones between them were filled with rising gravel to avoid flooding of the right support, making it difficult for passers-by. Today the bridge connects the Polis province with the national highway.

Sharr Express Rent A Car in Skopje offers a large selection of rental cars in different classes and at reasonable prices. To avoid any unpredictable circumstances, speak to the specialists at Booking Car-Europe.com. North Macedonia is well known for its sights and natural beauty, all of which can be easily explored in your hire car from Shara Express Rent A Car in Skopje. Dacia Sandero or similar ECONOM: € 42.25 price for 3 days https://www.sharrexpress.com/

Program: 1-Departure from Tirana / Elbasan. 2- Coffee break in Belsh. 3-Visit the center of Belshi from where we will have the opportunity to enjoy the beautiful panorama of the lake. 4-We will then continue the activity canoe and kayak on the lake. 5-We will continue to visit the Seferan Lake - Merhoye. Seferan Lake in the spring is dressed in an extraordinary color wallpaper, thanks to a white and yellow coverage. The lake of Merhoye is known as the purest and deepest of the lakes of Dumre. 6-We consume lunch in one of the restorants of the area. 7-We get ready to visit Gradishte, former Illyrian settlement. On the background of the lake of Seferan is also the Rock of Gradishta, which is known differently and as the Belshi Castle because of the ruins found there. As it is thought to have been a center developed since the sixth century BC, the fortified town two centuries later belonged to the Illyrian tribe of the Parthians. 8- Prepare for the return.