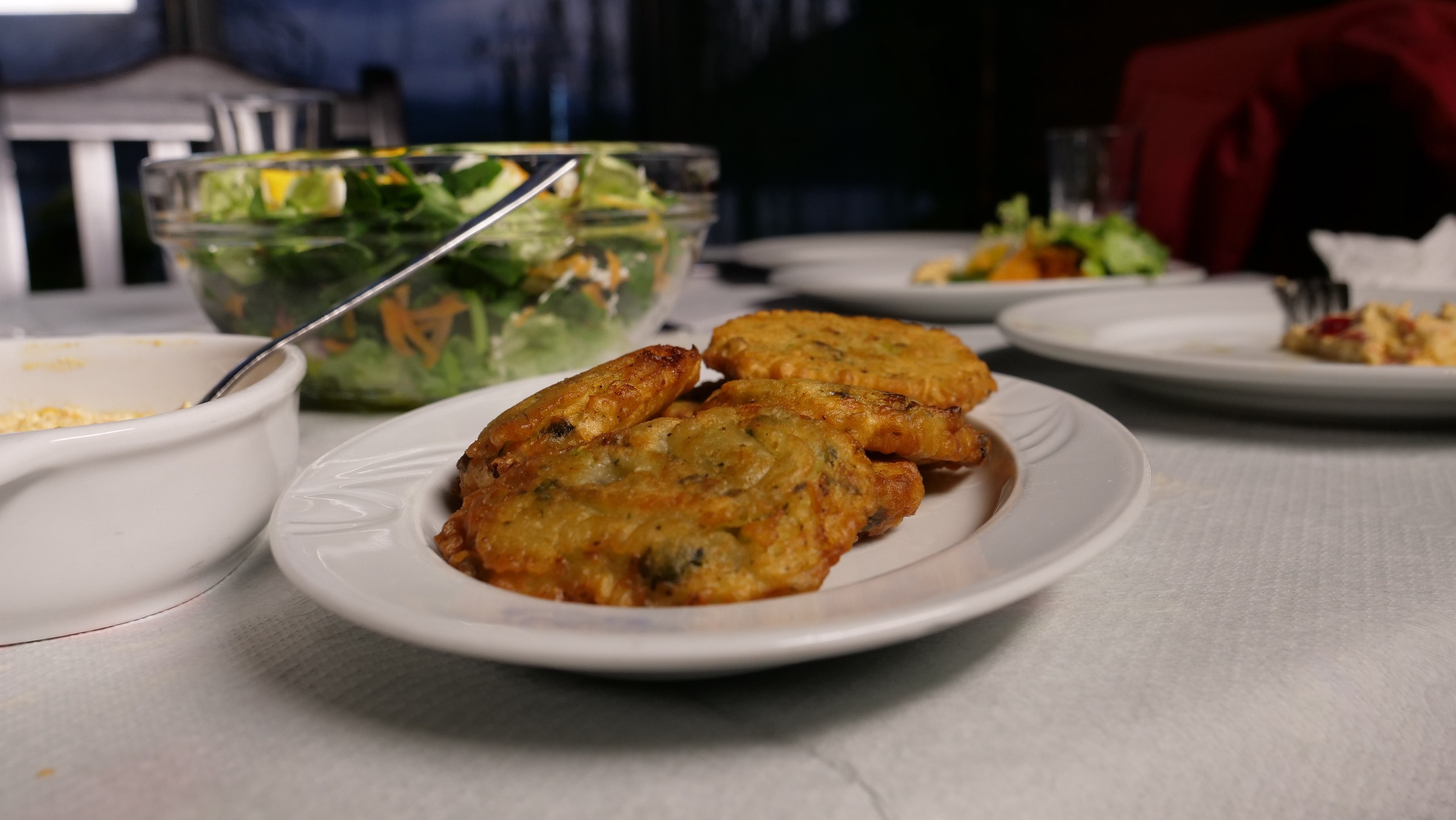 Take your taste buds on an adventure with local delicacies. .

The Painted Mosque is definetely the most remarkable landmark of Tetovo and North Macedonia in general. According to some researchers the building dates back to 1495, and according to others, to 1564. This religious building is unique in its beaty and is placed in the anthologies of Ismalic architecture. Credited for the unique and vividly painted ornaments are experienced craftsmen from Debar. On the east, north and south front of the building there are vertically are vertically arranged rectangular forms in fresco technique, and the south side facing the main road to Gostivar is particularly impressive. Particular attention is drawn to the representation of Mecca, which is a rare and probably the only example of an artistic representation of this sanctuary on the territory of Southeast Europe. The interior wall decoration, the colorful geometric and herbal ornaments and the paintings on the exterior walls of the Painted Mosque contain the characteristics of Turkish traditional decoration, and when you visit it, you are immediately struck by the architectural splendor of the once powerful Ottoman Empire.

The Tetovo Fortress is located on the top of the Baltepe, at an altitude of 803 m above see level, 220-250 m high and at an area of 108,000 square meters. The builders stipulated the strategic position because from the fortress, the bigger part of the Polog Valley can be controled. The Tetovo Fortress was built in 1820 by Abdurrahman Pasha. It is said that the beginning of the construction was done by Abdurrahman Pasha's father, Rexhep Pasha, and that the construction took nearly 20 years. Abdurrahman Pasha did not finish his construction. This cultural monumentis a rare beauty of the past. Its composition is complex. The interior is comprised of 5 sarays, large kitchens, baths and well in the middle of the fortress. Visible influence of Ottoman architecture appears. During the various wars it was damaged many times.

The restaurant "Dubrovnik" has an excellent cuisine that includes preparation of various specialties. Our capacity is suitable for welcoming tourist groups, organizing family celebrations and the like. In addition to the guest lounge, the restaurant has its own car park, seating area as well as a separate children's area. We offer lunch for 4 persons (veal specialty, salad, 2 drinks and dessert)

Presentation of the culinary skills of the owner of the Hotel with traditional food from the Reka region.

Visiting the waterfall located near the village of Rostuse on the slopes of Krcin Mountain, where it is located in a dense forest. Photo source: Wikipedia

Deer Leap (Hellen Leap or Deer Bridge) - a stone arch bridge in the vicinity of the village. Mogorce through Mala Reka in Reka region of western of North Macedonia. Built in the middle of XVIII century carved stone. The legends told about this little bridge are interesting. Price per person: 2e

The Ethnographic Museum in Elbasan is located in an 18th-century residence. Rebuilt by the Institute of Monuments and Culture in 1983-1985, the residence becomes an ethnographic museum with over 800 rare items including rare handmade objects of over 80 types of crafts, folk costumes, replicas of the characteristic citizen houses (houses and rooms) of Elbasan and many more artefacts that make this museum especially interesting to visit. Photo source: Wikimedia commons

Nazareth was the wife of a prominent emperor at the time. In her honor at the end of the 16th century a sanctuary was built in the southern part of the city named after her. The sanctuary is considered an Ottoman-style monumental temple.